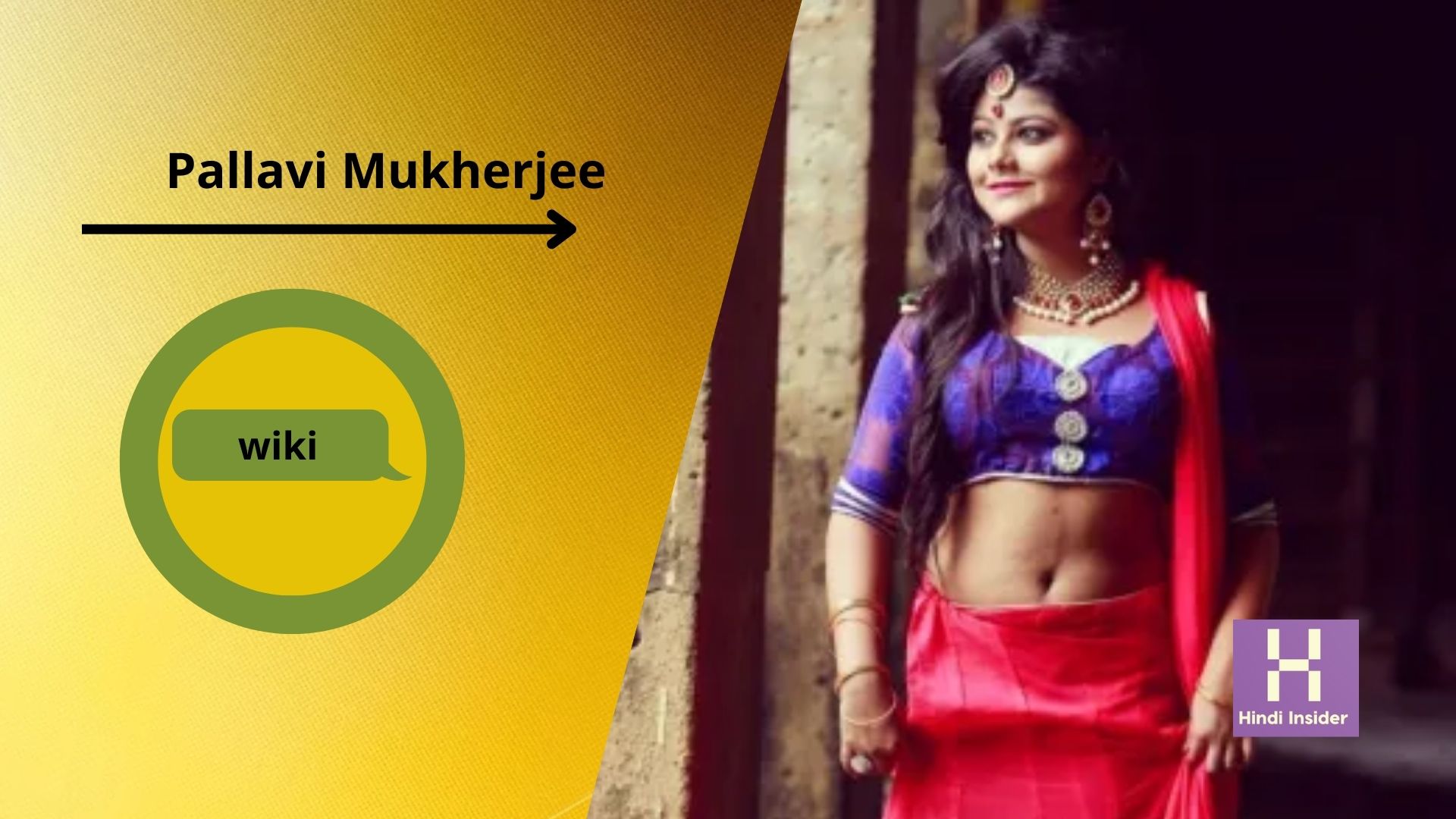 Pallavi Mukherjee is a famous television actress and dancer. She was born in West Bengal and raised there. Pallavi’s career began on a Bengali television channel. She’s also done film and web series work. Together with acting and dancing, she is also a professional model. Pallavi Mukherjee gained a massive fanbase through her popular television show Barrister Babu and the ALTBalaji web series Gandi Baat.

Read the article to know more about her personal life, career, web series, relationship, and other details.

She was born on October 28, 1998. Pallavi Mukherjee age is 22 years currently. Her hometown is Kolkata, West Bengal, where she was born and nurtured. Scorpio is her zodiac sign and she belongs to a Hindu family and practices Hinduism dedicatedly.

MAMC Township Modern High School Durgapur, Kolkata, was where she completed her primary schooling. In her hometown, she also went to Nava Nalanda School. Later, Pallavi Mukherjee decided to pursue her education at Jogamaya Devi College. She holds a BA degree in Psychology with honors.

Since early age, she has had a desire for acting. Her love of performing led her to a career in television. Pallavi began her career on television at an early age.

Pallavi Mukherjee began her acting career on the Bengali comedy reality show Mirakkel. This program was aired on Zee Bangla. She then appeared in the television show Meera in 2016. Bhootu, Potol Kumar Gaanwala, and Ami Sirajer Begum were among the Bengali serials in which she appeared.

She made guest appearances in Hindi television shows like Tarak Mehta Ka Ooltah Chashmah and Jhansi Ki Rani after breaking big on Bengali television and from there she started gaining the attention of big producers and directors. Pallavi Mukherjee made her digital debut with ALT Balaji’s famous webseries Gandi Baat season three. She played the role of Bicchi, the main character, in the first episode of the series. But, she gained massive popularity after the TV show Barrister Babu in which she played the role of Sampoorna which was telecasted on Colors TV.

Currently, she is also working with some popular brands like Zebronics, Shopaholic Street, Tag Digital, and more.

Pallavi Banerjee has done several TV shows, reality shows, and web series through which she had earned a good amount of money. Web series, TV shows, advertisements, and promotional posts are her primary sources of income. Pallavi Mukherjee’s estimated net worth is between Rs. 5-10 crore. Her monthly earnings are around 15 to 20 lakh.

Pallavi Mukherjee belongs to a Hindu family. Her mother Mary Geetasree works as a teacher, but there is no information available about her father. She also has a young brother named Sakay Chakraborty.

Currently, she is not in a relationship with anyone and focused on her career. As she started her career at a very young age and wants to reach a peak that’s why she avoids relationships as of now. But, according to rumors, she dated someone in the past.

Some Interesting Facts about Pallavi Mukherjee