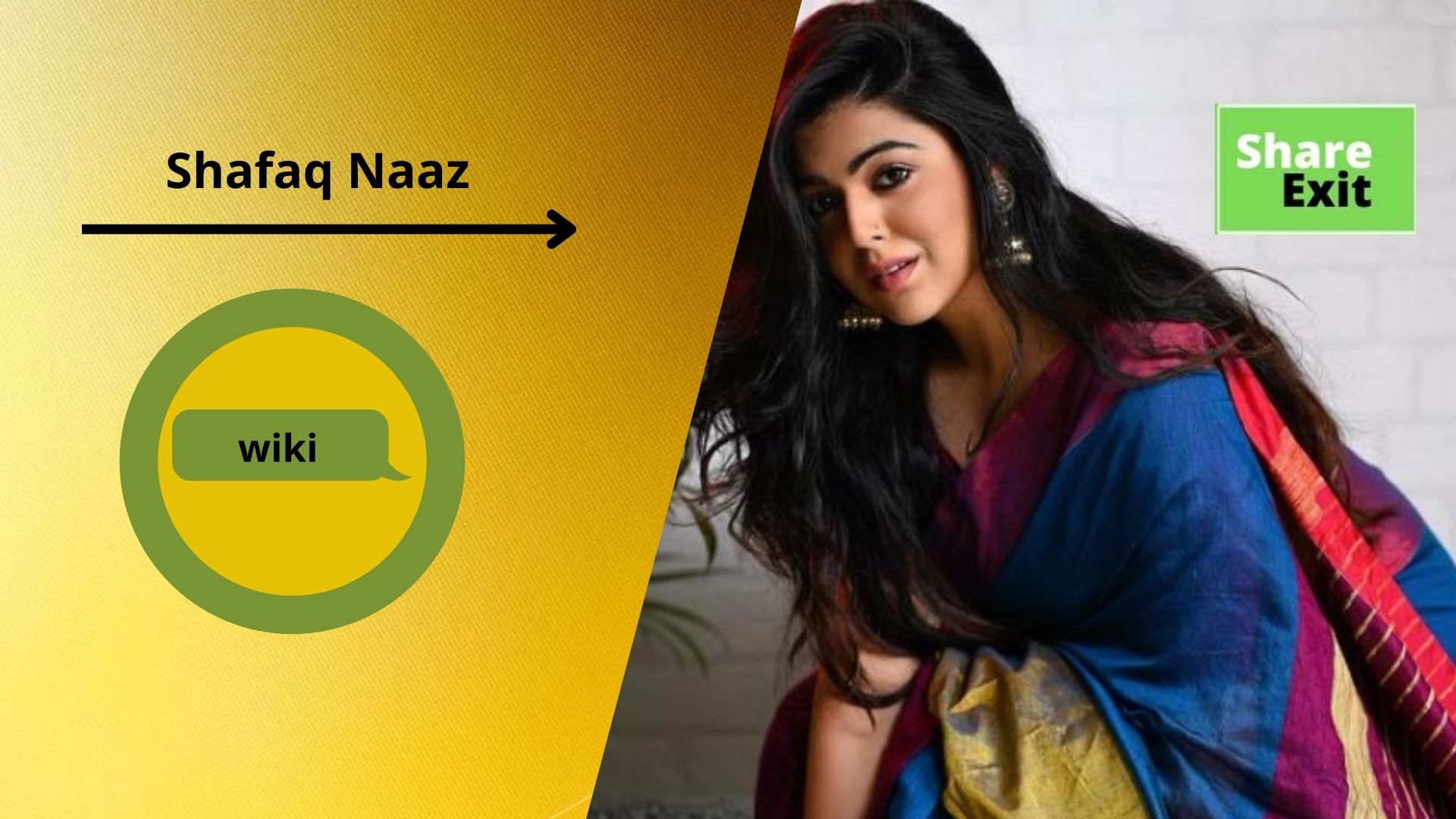 Shafaq Naaz is a Hindi television actress in India. She is from a Muslim family. Shafaq is known for the TV programmes “Chidiya Ghar,” “Kulfi Kumar Bajewala,”  “Mahabharata,” and “Mahakali: Anth hi Aarambh hai.” Shafaq also featured in the 2017 film “Guest in London.” She plays Sheri in the film. In 2019, she made her first appearance in the web series “Halala,” alongside Ravi Bhatia. She is the younger sister of Falaq Naaz, a well-known television actress.

Shafaq Naaz was born in the Kota, Rajasthan on February 7, 1992. Shafaq Naaz age is 29. When she was a small child, her father and mother divorced. Shafaq grew up in her grandmother’s house and later moved to Mohalla Shakurnagar on Lisadi Road in Meerut, where she lived with her family. She had completed acting and dancing course from the Indian Film and Television Institute, Meerut and after that, she started giving auditions.

Shafaq Naaz, a well-known television actress, aspired to be a doctor since she was a youngster, while her sister aspired to be a businesswoman. Saroj Khan’s Dance Academy provided her with Kathak training.

Saroj Khan’s Dance Academy was where Shafaq Naaz started her professional career. Saroj Khan urged her mother Kahkansha after seeing her dance that she should try her hand at TV shows. Shafaq then moved to Mumbai with her mother and sisters to work in television.

Shafaq first appeared on television in 2010 with the popular show “Sapna Babul Ka Bidaai.” She portrayed the character Guni in the show. After 644 episodes, she made her debut on the show. Shafaq’s face appeared in shows like Ahat, Crime Patrol, Yeh Ishq, and more after that. Kunti from the Star Plus drama Mahabharata was Shafaq Naaz’s most well-known role. She claimed she had tried out for this show more than 250 times.

Shafaq Naaz most renowned roles include Chidiya Ghar’s ‘Mayuri,’ Mahabharata’s ‘Kunti,’ and Kulfi Kumar Bajwala’s ‘Niyati.’ She has also performed in the Bollywood movie “Guest in London” and the web series “Halala” in addition to television.

Shafaq Naaz has done several popular TV shows and webseries through which he had earned a good amount of money. Shafaq Naaz Mahabharata role as Kunti made her highly popular among the audience.  Web series, TV shows, advertisements, and promotional posts are her primary sources of income. Shafaq Naaz’s estimated net worth is between Rs. 1-2 crore. Her monthly earnings are around 2 to 5 lakh.

Shafaq Naaz belongs to a Muslim family. Kahkansha is Shafaq’s mother. Shafaq has two brothers, Sheejan and Saabir, and an elder sister, Falaq Naaz. Falaq Naaz, her elder sister, is a television actress who has appeared in shows such as Adalat and Sasural Simar Ka. Her parents divorced when she was a child.

As of 2022, Shafaq Naaz hasn’t had a relationship with anyone. Currently, she is single.

Some Interesting Facts about Shafaq Naaz