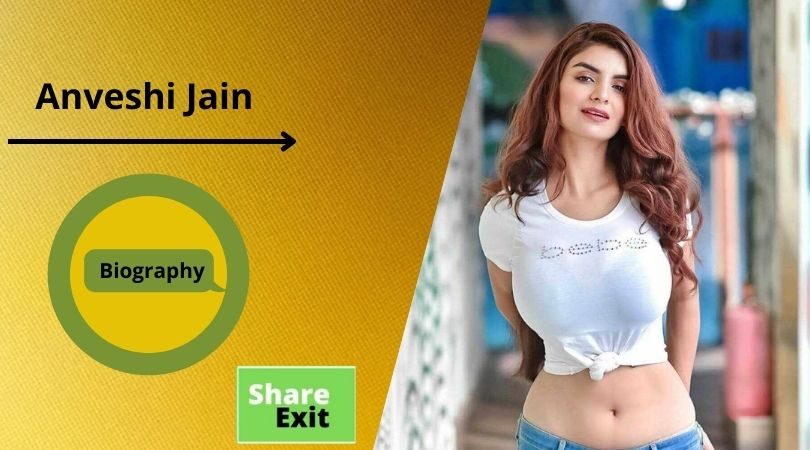 Anveshi Jain is a popular model and actress from India who has been seen in several TV shows and webseries. On June 25, 1991, she was born in the Indian city of Khajuraho, Bundelkhand, Madhya Pradesh. She is a well-known television actress and model who gains massive popularity with the web series ‘Gandi Baat 2’ as the main character. Anveshi Jain age is 30 years old and works as a host, model, actress, and motivational speaker. Today we are going to discuss Anveshi Jain Wiki.

She finished her schooling in Khajuraho. She was an engineering student who put her education on hold to pursue a career in business. She later relocated to Mumbai. Anveshi Jain hosted a lot of large concerts. She has already hosted more than thousand shows. But it was the ALTBalaji webseries “Gandi Baat 2,” which was premiered in 2018, that gave her true popularity. Anveshi’s popularity has grown rapidly, as proven by the fact that she now has 3 million Instagram followers. To know more about Anveshi Jain bio, read the full article.

Anveshi Jain had pursued B.tech in electrical and electronic engineering from the RGPV, Bhopal. After that, she started working as an electrical engineer, but because of her passion for doing business later, she turns into a businesswoman. After some time, she moved to Mumbai without informing her family and entered the media industry which can be stated as the turning point of her life.

To date, she had hosted several big events like “Make in India”, “IFA Berlin”, etc. But, she gained massive popularity and public attention after playing a lead role in the ALTBalaji webseries “Gandi Baat 2”.

Anveshi Jain has done several shows and webseries through which he had earned a good amount of money. Web series, shows, advertisements, hosting, stage performance, and promotional posts are her primary sources of income. Anveshi Jain’s estimated net worth is between Rs. 4-5 crore. Her monthly earnings are around 25 to 30 lakh INR.

Anveshi Jain belongs to the Jain family. She loves her mother the most and considers her mother her world and best friend. Pranjal Jain is her brother. Apart from this, Anveshi Jain never revealed any information about her family members.

Anveshi Jain is still unmarried and there is no official information about her boyfriend or relationship status. So, we can consider that she is still single.

With the release of 2-3 webseries, she gains a massive fanbase, especially among youths. The popular webseries of Anveshi Jain are; Gandi Baat2, BOSS, and who’s Your Daddy.

Some Interesting Facts about Anveshi Jain